In my view Intentism is a constructive new movement that
embraces the creative efforts of artists working in a range of media and art forms.
Intentism redirects our attention from the discourse of critics and theorists to the artists whose thoughts and actions are the ultimate source of whatever is genuinely valuable in the arts. 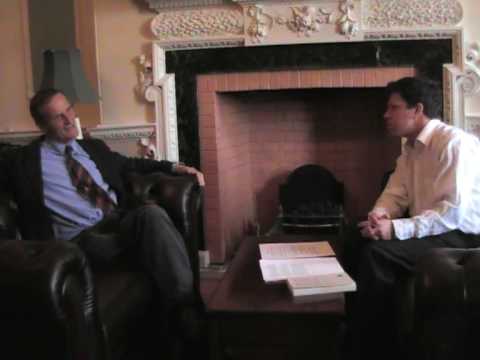 First, greetings to the Intentists. I am on your side and have been since I first came to these matters in 1961. Those who are against reference to artists and their intentions seem to me to dehumanise art, and that is of a piece with a more general dehumanisation of culture that I find in many thinkers (usually under the claim that author=authority=authoritarian=tyranny etc). The recognition of the humanity of another, as a person, is a buttress against any attempt to treat that person as a thing, or a sub-human, to be dispensed with without moral consequences. (I note that Hitler and many of his followers thought that of the Jews as sub-human and outside the respect that acknowledging another as human demands from us). Moreover, to see humanity in the intention of the work is to acknowledge the status of that work as an end and not (see Kant) as a thing to be treated as a means to an end.
I also add that I think that to ignore the fact that the work is intimately related to the person who produced it is to cut oneself off from its proper appreciation. A work of art is a human gesture and its maker can be seen (perhaps with difficulty at times) IN the gesture. To appreciate the work is to appreciate the quality of the gesture.
My best wishes for the success of your conference and the deliberations of its members.

William Irwin, Professor of Philosophy, Pennsylvania and author of ‘Intentionalist Interpretation’ and ‘The Death and Resurrection of the Author.’
Intentionalism is not just an academic issue. Rather, it has far reaching implications for art, law, and everyday life.
We cannot let the nonsense of postmodernism become the standard understanding of the role authors and artists play in determining the meaning of their work. Too much is at stake to remain silent. Participating in the Intentism Conference is an important first step. 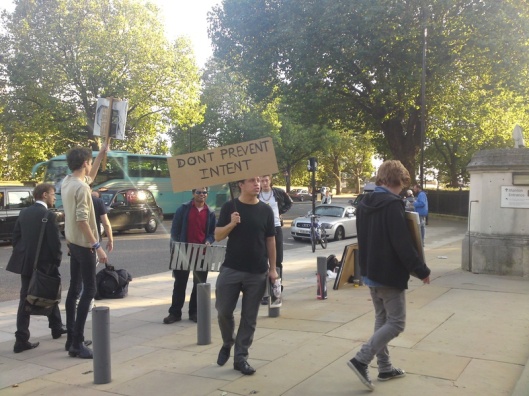 Being forcibly escorted off the premises of Tate Modern.

William Irwin  supports the new school of literary and artistic criticism called Intentism. Irwin speaks for the Intentism Movement as a direction against dehumanizing art and culture, that the claim that the author is an authority and authority equals authoritarian tyranny is a slippery slope argument…

Similar but more circuitous arguments have been propagated by a movement in art known as ‘Intentism.’ This movement argues that artists are able to communicate their intended meaning to their intended audience with a certain degree of accuracy (Pelosi, 2009). To the Intentists, Artist’s Intention (AI) occurs when the artists have a ‘performance expectation’ to meet before their artwork achieves a ‘realized intention.’
(P.67)
Pelosi (2009) elucidates that observers interpret artwork through sketches that preceded it; reading any notes or communication on the work; placing the work in the artist’s composition and using it to compare with other ideas and relating the artwork work (sic) in the setting of its genre. (P.69)

In repositioning the photographer as being as important as the artist or work being documented, the debate should perhaps draw on the school of Intentism as defined by Pelosi:
(Intentists) believe that their artwork is able to convey their artistic intention to their intended audience … As a movement it both recognizes and celebrates the relationship between an artist’s creation and its creator.
Pelosi 2009:3

Such elements of editing and exhibition clearly embedded into documentation constitute what Intentists refer to as ‘Palimpsestism’- the trail of the creative journey leading from intention to the finished vehicle, where the resolved work is clearly distinguishable from the work in progress. (p.99)

A concept explored in Pelosi (2011: xx): ‘During the course of a creative work, an artist will have multiple intentions, including a meta-intention of the overall work and many micro-intentions as the art progresses. This journey has become known as the creative trail and is included in many Intentist works… This layering is on occasion referred to as Palimpsestism.’ (P.310)

Documenting Performance. The Context and Processes of Digital Curation and archiving. Edited by Toni Sant (2017) Bloomsbury

Danto’s conclusion is echoed as a basic tenet of Neon-pragmatism: language entails an intention – signs created by chance are only “like language.” This notion reverberates through the contemporary European movement of “intentism” – a reaction against the de-emphasis of the authorial Intentist in the latter portion of the 20th century – which claims that the meaning of the work is found in the author’s intention and not the interpretation of the viewer. Vittorio Pelosi, it’s founder, states:
“…rejecting authorship would be to treat a landscape by Turner the same as we treat nature itself. We delight in both but we treat the artwork differently…why? Because we are recognizing a mind behind it, we see it as a gesture formed through creative thinking or intention.”